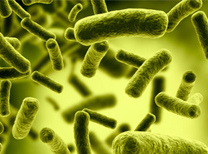 [Ventura County, CA] On April 9, 2015, the State of California Department of Public Health (CDPH)
notified Ventura County Communicable Disease of a possible Salmonella paratyphi outbreak. As of
today, April 20, 2015, there have been 25 confirmed cases. Eighteen of these cases reside in California. (7
reside in LA County, 4 in Orange County, 2 in Riverside County, 1 in Santa Barbara County, and 4 in
Ventura County) There are 7 out-of-state cases, most of whom had travel to Southern California. Twenty
percent of affected patients have been hospitalized.
At this time, investigation is still ongoing regarding the cause of the outbreak. As of April 17, 10/10
people who completed detailed food questionnaires stated they had consumed sushi, and over 80%
reported having eaten raw tuna. The Ventura County Environmental Health Division will provide
information to CDPH about the source of food products from any Ventura County facilities associated
with this outbreak.
This strain of Salmonella (Paratyphi B var. L(+) tartrate + (Java), pattern JKXX01.1495) had never been
seen in animals or humans before March 2015. CDPH has noted that a closely-related strain was
responsible for a salmonella outbreak in California and Hawaii in 2010. The 2010 outbreak was found to
be linked to raw tuna imported from Indonesia. (For more information, see:
https://idsa.confex.com/idsa/2010/webprogram/Paper3398.html) This strain is genetically different from
the 2010 strain, so it appears the 2 strains are unrelated at this time.
Members of the public who become ill after eating sushi or any other foods can report concerns to
Ventura County Environmental Health at http://www.ventura.org/rma/envhealth/complaint-form.html.
The phone number for Environmental Health is 805-654-2813. If you have nausea, diarrhea (with or
without blood), abdominal cramping and fever, especially if you have recently eaten raw fish, please seek
medical attention and diagnostic testing.

WEEDUI, Marijuana and Driving Under the Influence 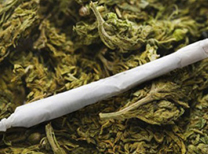 (OXNARD, Calif.) – The Ventura County Behavioral Health Department has released the first phase of its campaign
aimed at curbing the growing number of DUI arrests involving drug use. The campaign uses the term “WEEDUI”
(pronounced ‘weed-you-eye’) to convey simply and directly the risk of arrest for drugged driving. “This is the first in a
series of messages designed to raise awareness about the public safety risks of driving after using marijuana,
commonly known as weed,” said David Tovar, the project’s manager.
“Nationally, 10.3 million people reported driving under the influence of marijuana in the past year, and one of every
eight high school seniors said they had driven after smoking marijuana in the last two weeks.” said Patrick Zarate,
Division Manager for Ventura County’s Alcohol and Drug Programs. “We also know that number of DUI arrestees who
admit to marijuana use on the day of their arrest has been rising here in Ventura County in recent years. So this is a
call to action; it’s urging young adults to make smart decisions, so they do not end up with a WEEDUI.”

The WEEDUI campaign plan is to capture the attention of teens and young adults, showing the realities of marijuanaimpaired
driving, without regard to its legal status. Using funds provided by the California Office of Traffic Safety,
Ventura County Behavioral Health is working with other agencies and local media outlets to help change social norms
around marijuana and driving. Using fact-based approaches, the Department’s objective is to change the opinions of
young adults, who represent the highest-risk group for WEEDUI, according to Zarate.
“Drugged driving is a new concept for most people. While many of us know about drunk driving, we do not think of
the realities of drug-impaired driving,” said Zarate. “We are taking proactive steps to offset other messaging teens and
young adults are hearing.”
“Forty-six percent (46%) of people in our DUI program who used drugs other than alcohol on the day of their DUI
arrest in Ventura County, used marijuana,” said Dan Hicks, Prevention Services Manager. “And it’s surprising how
many people don’t recognize that a doctor’s recommendation is no excuse — it can still be a crime and can cost you
more than $10,000.” The County proposed the WEEDUI Drugged Driving Summit for September of this year, and this
media campaign as a way to raise awareness and help change local perception of driving high, according to Hicks.
Office of Traffic Safety Director Rhonda Craft states clearly, “We are working to reduce fatalities due to impaired
driving, and drugged driving is an emerging reality. We want to be out in front of the issue.”
Funding for the grant is from the California Office of Traffic Safety, through the National Highway Traffic Safety
Administration. For more information go to: www.venturacountylimits.org/weedui 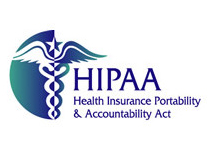 [Ventura, CA] -- The Ventura County Health Care Agency (HCA) discovered a breach of
patient information on March 26, 2015. On April 1st, the identification of patients affected by
the breach was presented to the Agency’s Compliance department. Information was limited to
patient name and internal (HCA) account numbers only. No sensitive information: date of birth,
social security numbers, patient addresses or patient medical information was included within the
files.
Patient notification letters were mailed on April 22nd to all patients affected by this breach. 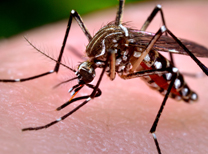 [Ventura County, CA] – Ventura County Public Health Officer, Dr. Robert Levin, announced today two
confirmed cases of West Nile virus (WNV); one of them passed away from complications from the virus
last Thursday. Both Ventura County residents are from Simi Valley.
WNV is influenced by many factors such as climate, the number and types of birds and mosquitoes in an
area, and the level of immunity in birds to WNV. It is possible that the drought has contributed to WNV
amplification by reducing sources of water for birds and mosquitoes. As birds and mosquitoes seek water,
they are coming into closer contact with humans and amplifying the transmission of the virus.
Forty California counties have reported WNV activity so far this year for a total of 311 cases in humans.
The median age of cases throughout the State is 57 years with 59% of them being in males.
“WNV is transmitted to humans and animals by the bite of an infected mosquito. The risk of serious
illness to most people is low. However, some individuals – less than one percent – can develop a serious
neurologic illness such as encephalitis or meningitis,” says Dr. Levin.
People 50 years of age and older have a higher chance of getting sick and are more likely to develop
complications. Studies also indicate that those with diabetes and/or hypertension are at greatest risk for
serious illness.
The California Department of Public Health recommends that individuals prevent exposure to mosquito
bites and WNV by practicing the “Three Ds”:
DEET – Apply insect repellent containing DEET, picaridin, oil of lemon eucalyptus or IR3535 according
to label instructions. Repellents keep the mosquitoes from biting you. DEET can be used safely on infants
and children two months of age and older.
DAWN AND DUSK – Mosquitoes bite in the early morning and evening so it is important to wear proper
clothing and repellent if outside during these times. Make sure that your doors and windows have tightfitting
screens to keep out mosquitoes. Repair or replace screens with tears or holes.
DRAIN – Mosquitoes lay their eggs on standing water. Eliminate all sources of standing water on your
property, by emptying flower pots, old car tires, buckets, and other containers. If you know of a
swimming pool that is not being properly maintained, please contact your local mosquito and vector
control agency.